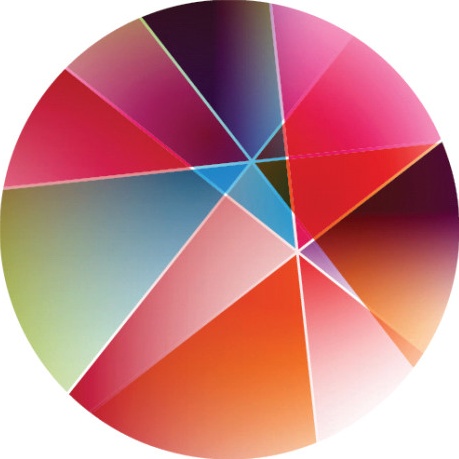 An interview with Polish lighting designer Katarzyna Łuszczyk, a chairman of the jury of the Award for the Lighting Design in 2015.

What were your beginnings? What attracted you to theatre, to the lighting in particular?

My story with theatre started when I became a director’s assistant. Because the role of an assistant ends at the day of the premiere, I started thinking about work that would allow me to remain further on after the formation of performances. So I started touring with rigging performances and learning the use of lights there when I was first carrying cables, setting up the fixtures, learning to read light plots… I was gradually getting technical knowledge until somebody in the theatre, where I was working, offered me direction of lights for the first time. As a director’s assistant, I was an interpreter of excellent lighting designer Krzysztof Warlikowski, for whom I have been working as an assistant for the last thirteen years and who put a large emphasis on lighting.

Can you tell us a little bit more about your first lighting design?

Because I didn’t have much experience, it was difficult. I was working mainly intuitively thanks to some initial ideas.

Do you have your own style with which you work with lights?

I think so. Many people told me that they were capable of recognizing, which productions were done by me. Naturally, each production is different and I work hard on not repeating myself.

Can you describe your typical day of a lighting designer?

When I am in a theatre ten days before the premiere, I usually don’t come out of the theatre between 10 pm until 2 am. The work on lighting requires concentration, silence and nighttime.

Your main field of interest is theatre and opera but you were lighting concerts and museums as well. Where would you prefer to work?

Each of these fields is interesting and I always consider it to be a challenge. I adore the work that I encounter for the first time. Although I like the most to do lighting for theatre and dance.

What are you working on now and what would you like to be busy with in the future?

At the moment, I prepare three drama productions and one performance to the anniversary of the Warsaw Uprising. I have all planned until 2017.

In the last projects, in which you were participating, you had to share the space with video. What do you think about the quality of this new source of light? Has it influenced your lighting design?

At the present, the participation of video and light is quite common in the visual component of any production. Many remarkable video creators have appeared and possibilities of equipment are much more bigger in this field. I have no problem with the light complementing strong impulses of video or animation provided that we have space for it in the performance and it isn’t only an ornament without any meaning.

If we take your portfolio into consideration, you have created more than twelve productions with director Agata Duda-Gracz. Does it have any value for you to work with somebody you know?

We plan four more productions with Agatha and I hope that it won’t end with it. Such long term cooperation provides great opportunities for understanding even without words and for building a joint language. It is only necessary to make intermissions for not to repeat ourselves too much and rather for mutually inspiring each other.

In the first decade of the 21st century, the number of female directors in Poland grew exponentially. Does it concern also female lighting designers? Does development take place here as well?

There are more female lighting designers in Poland than it used to be, but the lack of education is still a huge problem in this regard. The majority of women that deal with light in Poland are stage designers or lighting technicians after having studied at a film school.

Can you determine how important is the role of light in your work?

The color is very important for me. Colors start appearing in my head already during the first reading of the text, other are added when I examine textiles and fabric for costumes and colors used in set design. There exist some productions, which remain colorless, there are even such where the color are maximally intensive. Everything depends on the meaning. The light has to have meaning, to be wise, to lay dramaturgical emphasis, to lead the spectator, to create an atmosphere and to be beautiful or ugly, but it has to have meaning, which concerns color as well.

You are going to be a jury member at the Czech Dance Platform, which is going to bestow the Lighting Design Award. What do you think about awards for lighting design?

Awards for lighting design are very important, because there are only few of them. I am glad that it changes slowly. Light in theatre is similarly important as the music, costumes or set design and video. And all these elements together produce theatre.

I have been working as a director’s assistant for thirteen years. Krzysztof Warlikowski  is only one. He taught me everything and I am obliged to him for many things. It is the most important encounter in my life. I try to join both the passions and when I read his message for the international theatre day that he wrote, I feel big excitement, pride and honor that I could work with him for so many years.